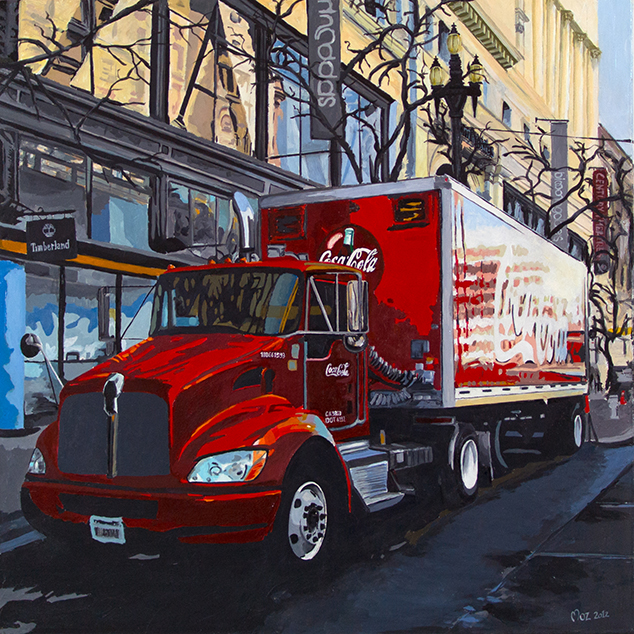 Milan, 22 February – Environments, metropolitan landscapes, architecture, streets and places captured by the camera lens of Marco Barberio. Pictorial “shots” that capture American culture and the chromatic power of images, brands and cities. The camera is just the pretext to determine the framing and the particular cut of an instant, the perfect moment. It is with painting that the subject is investigated and known in every aspect, especially the chromatic one.
Acrylics, sprays and stencils “tell” places, brands and colors of the New World in which Vespa, Fiat 500, Coca Cola and Nike become icons of a style, of an American style. Symbols of a pop culture and consumerism, where the real protagonists of the scene are things and not people. In Dodge, 500, Nike and Porsche pop objects are represented with street art and become interior design elements, from the street they enter the house through a resin cast of the wall.
The pictorial rendering is glamorous, patinated, everything shines and the chromatic color glitters intensely, thanks to the acrylic painting that spreads out by layers connotes a certain plasticity and materiality to the composition. Nothing mixes or melts, the quick drying leads to a material stratification, where everything remains on the surface, as superficial are the consumer objects that surround our lives.
In pictorial “shots” urban landscapes are not just scenographies, but moments of suspension, of loss of reference points. They are beginnings of stories, the beginnings of an American film, still images that narrate episodes within spaces defined by frames. Time is frozen and the tension inert, while the action seems “out of range”, in a different world. These linguistic choices bring Barberio closer to the world of cinema, to the suspended temporality of Michelangelo Antonioni and to the spatiality of David Lynch and Wim Wenders.
The represented space is emptied, the human figures dissolve to give way to objects, means of transport or road signs. In Coca Cola Truck the field is medium, the truck is the real protagonist and the environment becomes the background, not even the title includes the precise place. In Stockton Ellis the work is tautological, the same title is repeated in painting through a sign that indicates its name. Here the field is long and allows you to see a portion of the larger but at the same time depersonalized environment in which the protagonist moves, the truck. In 5th Avenue the only reference of the place is a taxi in which we see the acronym of New York: NYC, while only the title allows us to identify a precise road. The city is placed in the background compared to the half-figure that fills the scene. A person finally appears, but does not communicate, is behind and does not look at us, remains in his isolation, “protected” and wrapped in consumer items. 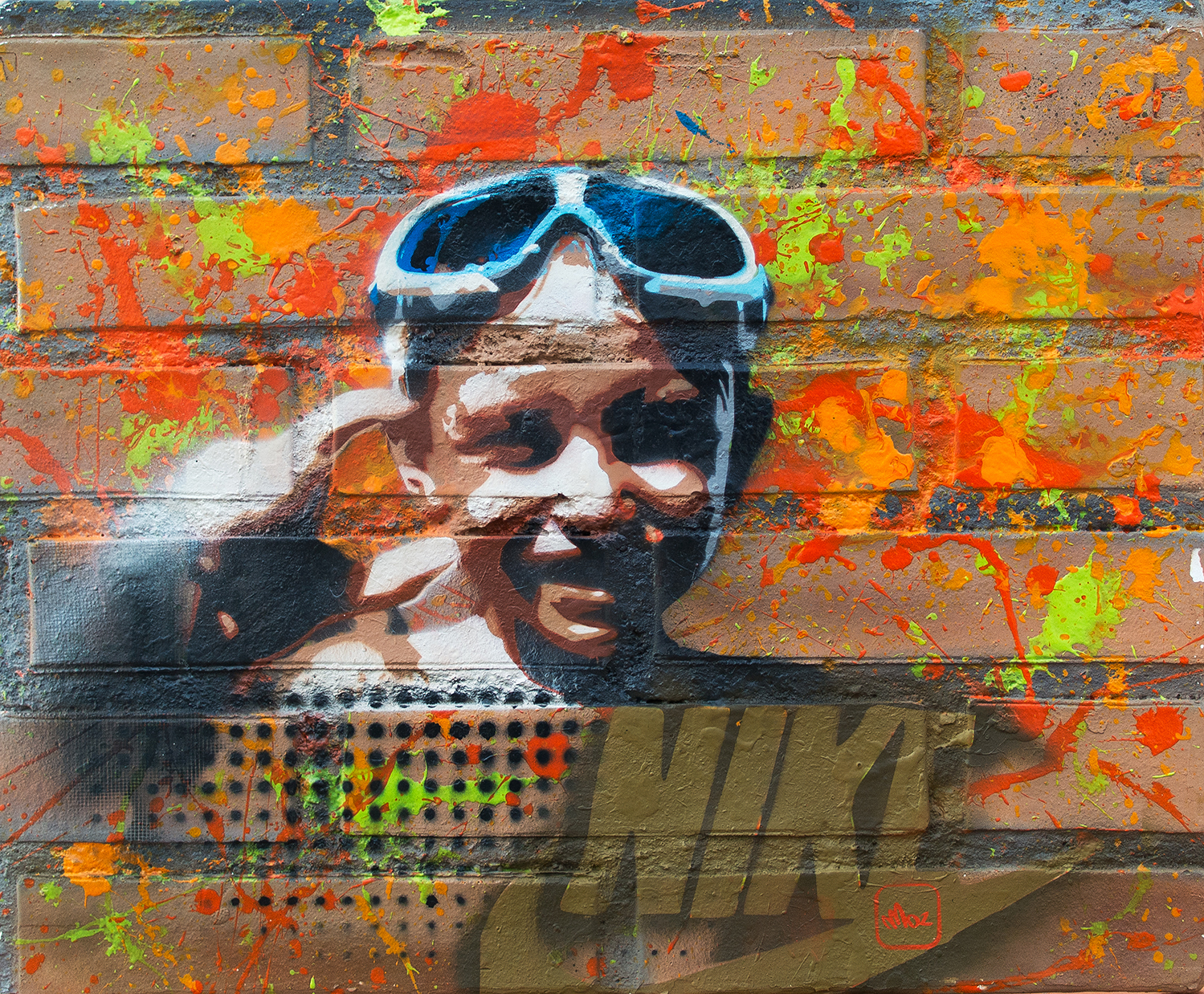 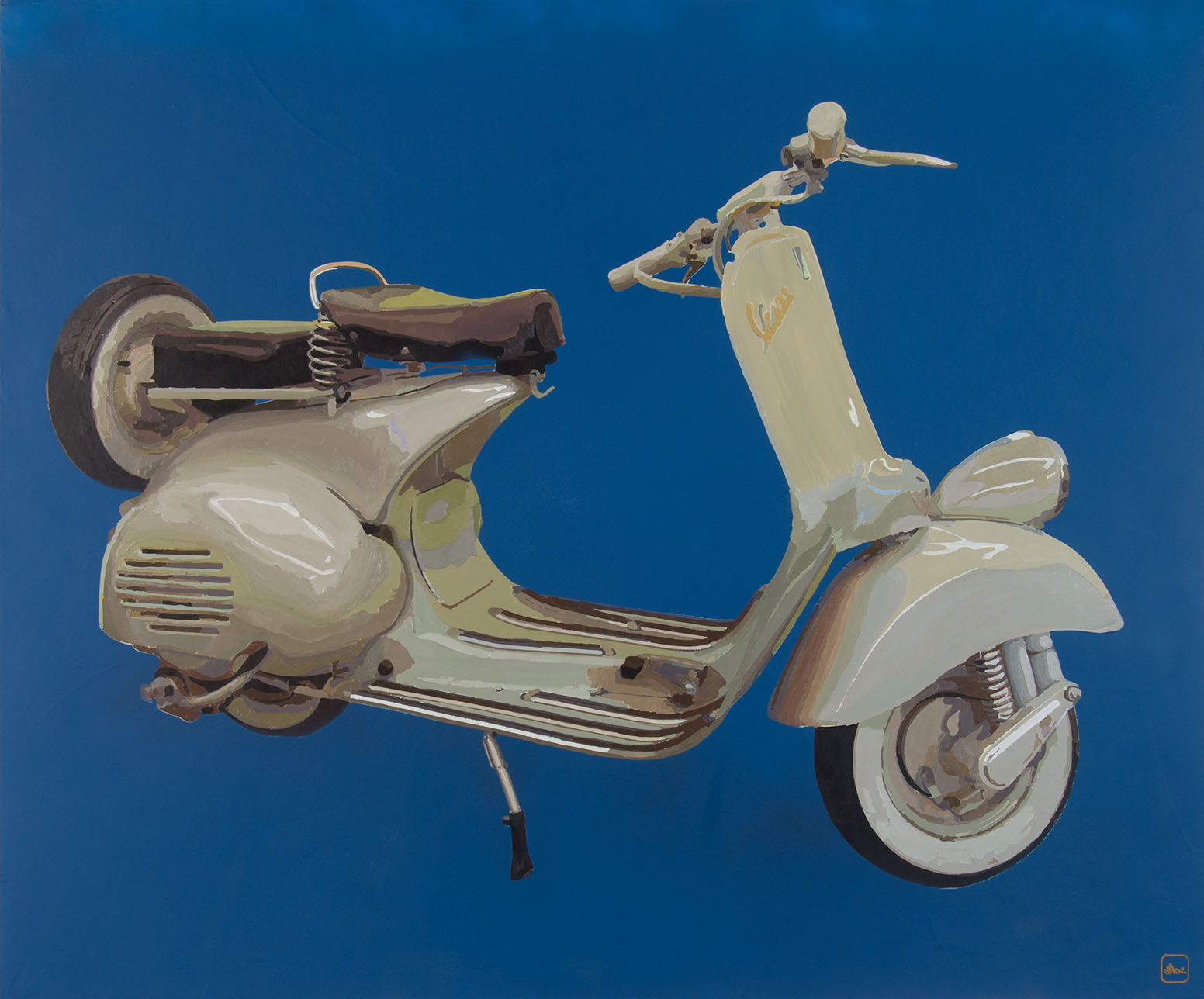 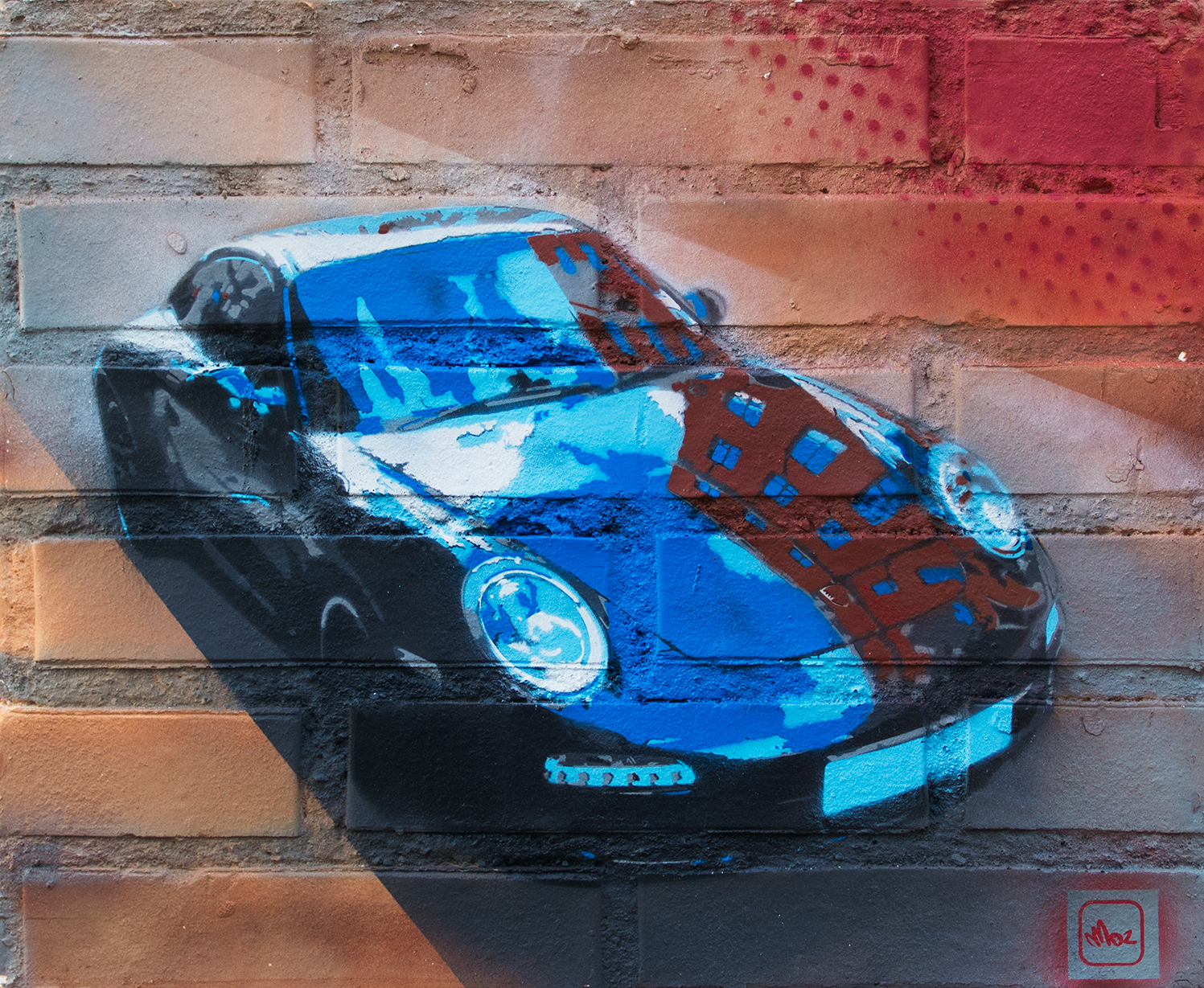 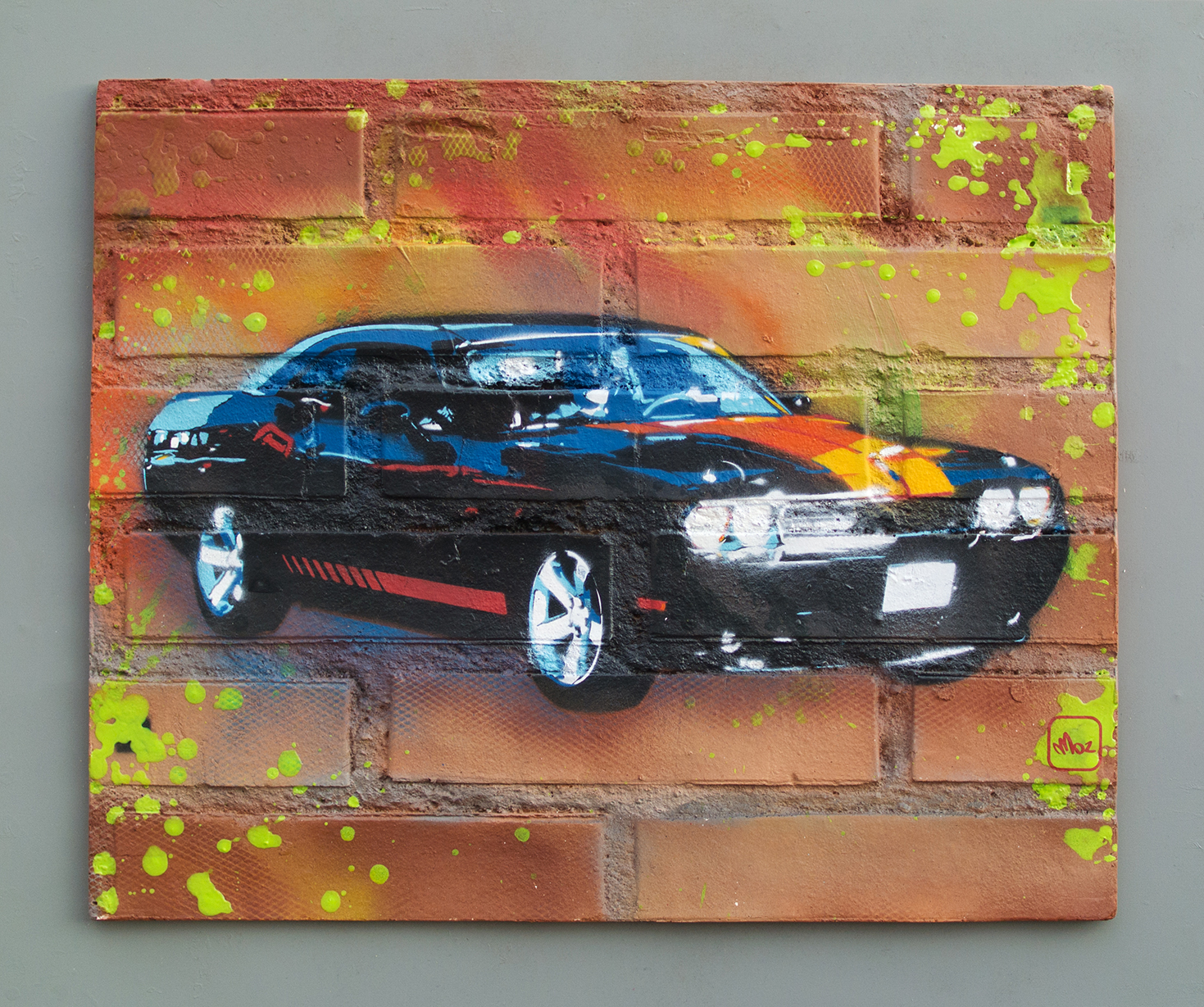 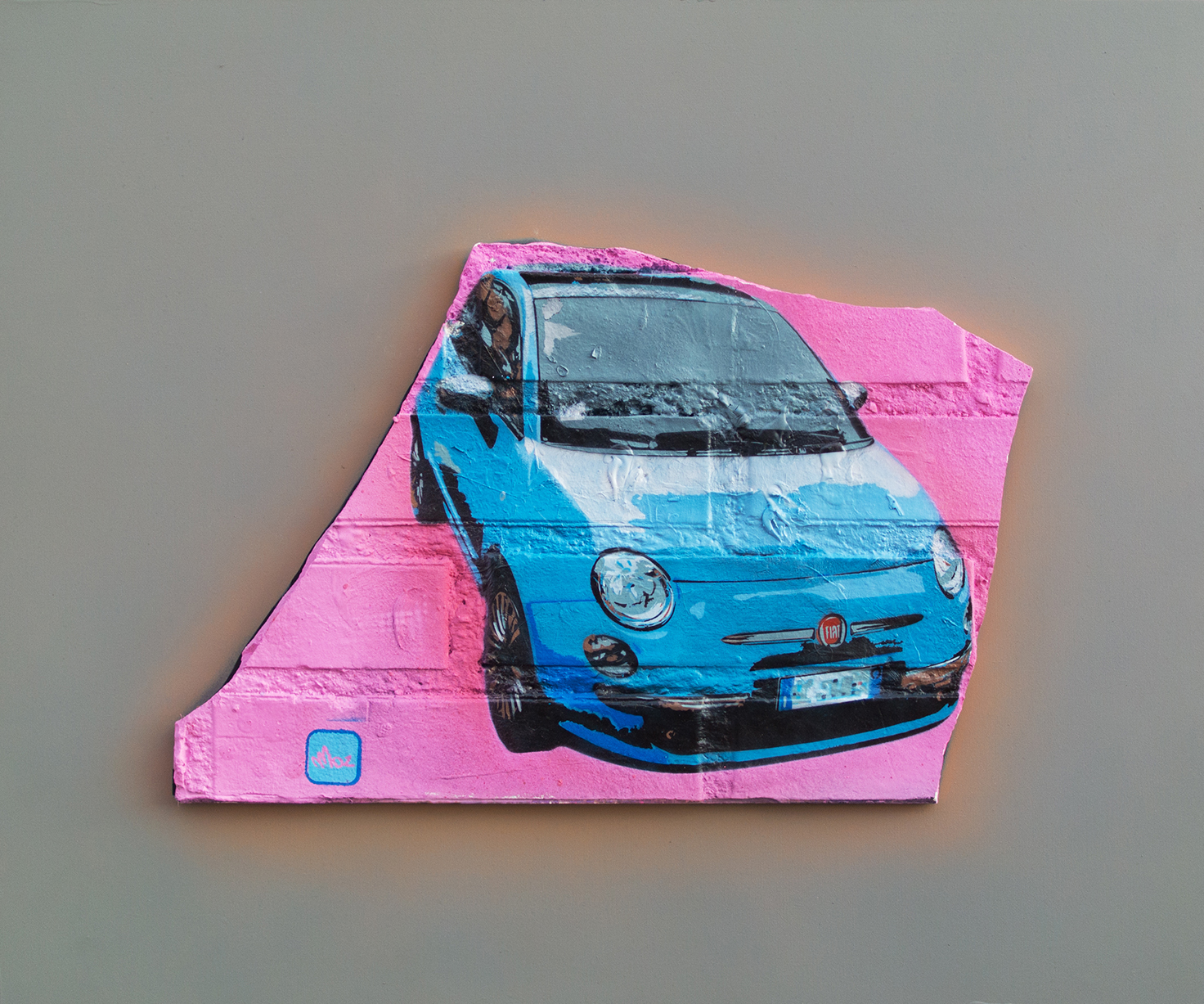 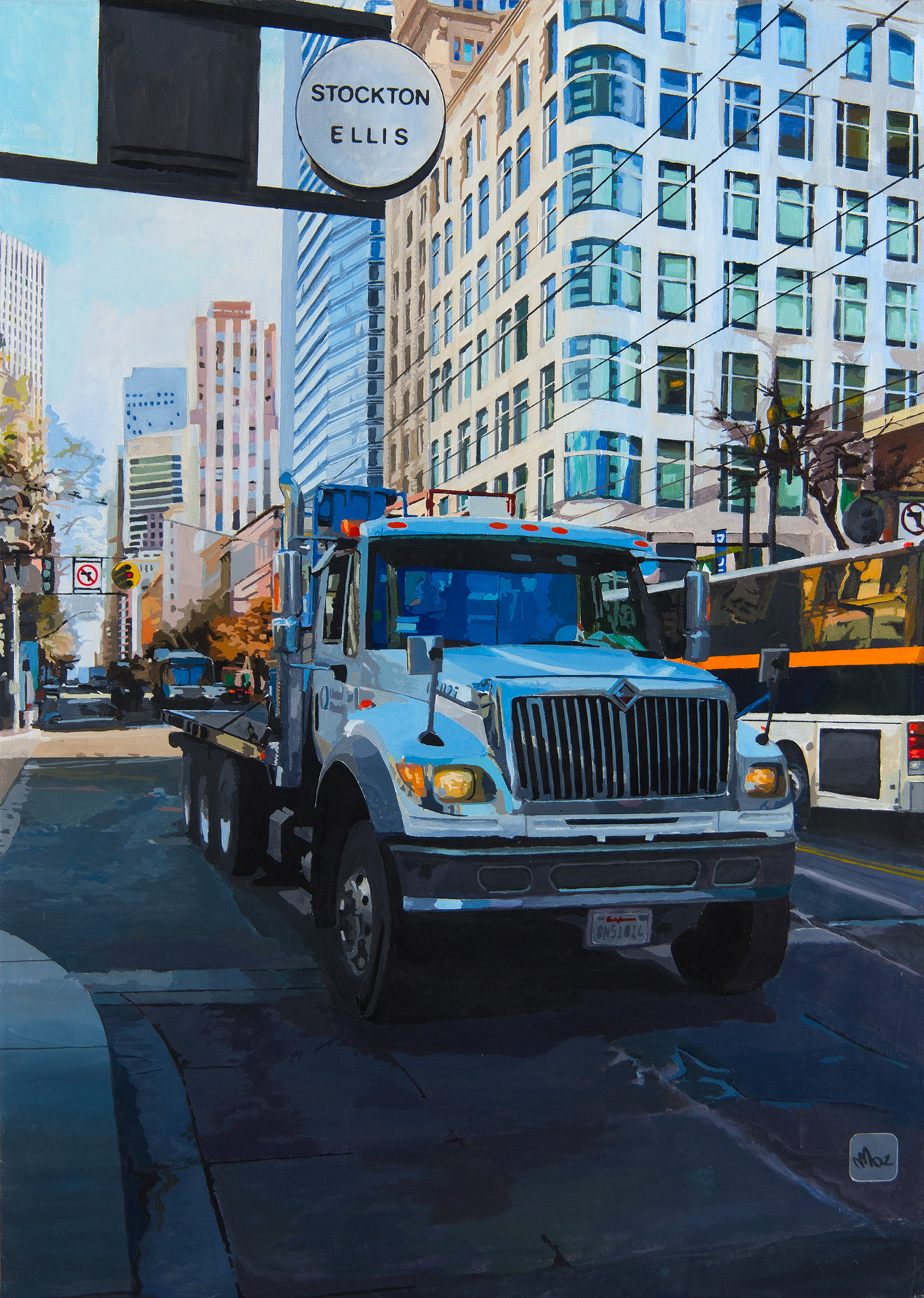