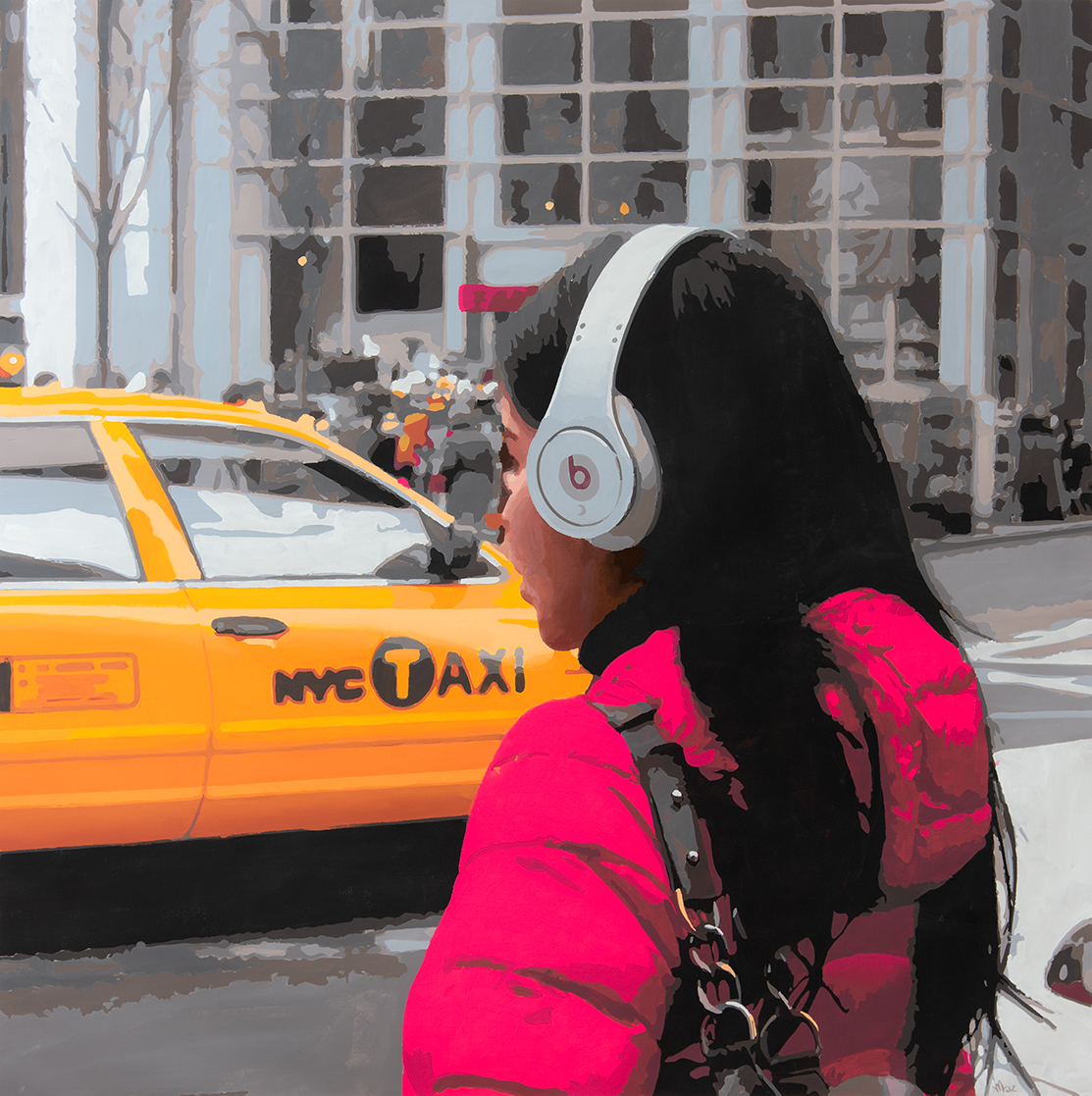 Spots of color give life to a metropolitan landscape typical of the “Big Apple”.
The city is in the background compared to the half-figure that fills the scene. A person appears, but does not communicate, is behind him and does not look at us, he remains in his isolation, “protected” and enveloped by objects of consumption.
The recognizable yellow taxi contextualizes the scene powerfully, the headphone worn by the girl in the foreground is a reminder