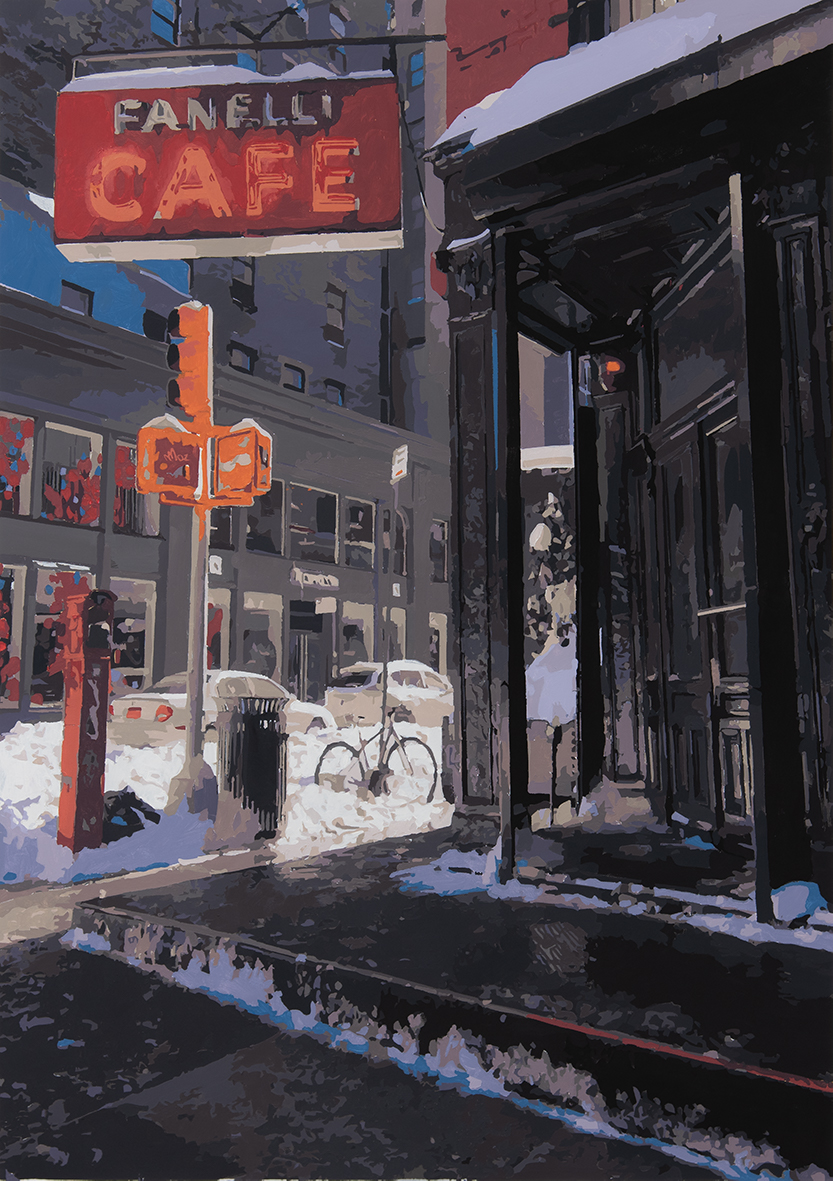 Fanelli Cafe is a historic New York City restaurant and bar considered the city’s second-oldest food-and-drink establishment in the same locale, having operated under various owners at 94 Prince Street since 1847. It served as a gathering place for artists during the transition of Manhattan’s SoHo neighborhood from a manufacturing area to an arts community.
Erected in 1847, the retail site at 94 Prince Street, in the SoHo neighborhood of New York City’s Manhattan borough, operated as a grocery store from that year to 1863. It then became a saloon for two years before becoming again a grocery for a year, and reverting to a saloon in 1867. Various owners followed, with Harry Green operating it as the Prince Cafe from 1905 to 1922. That year, Michael Fanelli purchased the business and rechristened it Fanelli Cafe. In 1982, his family sold it to Hans Noe, who continued it under that business name. Years later, Noe in turn passed it on to his son, Sasha.[wikipedia]