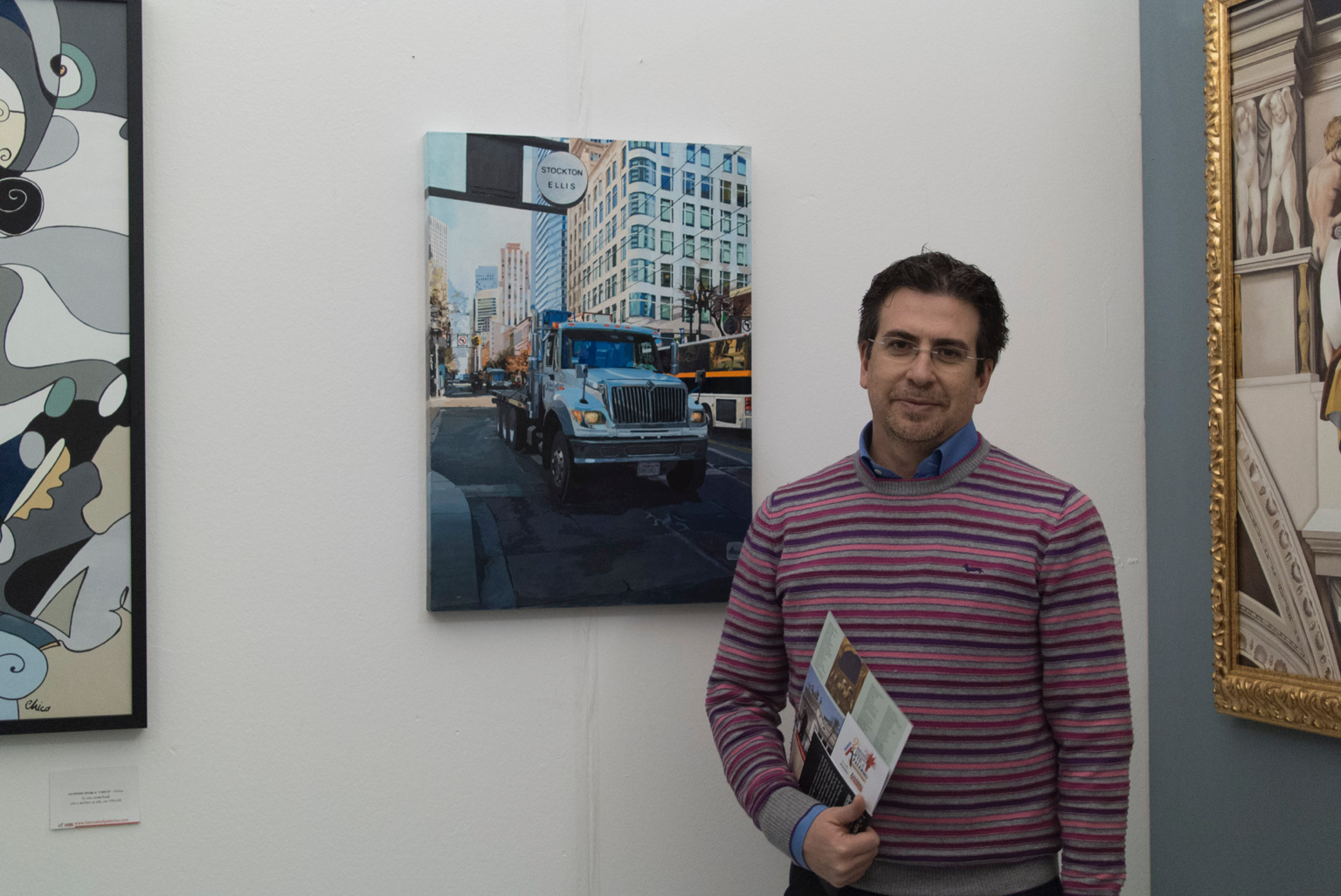 Palermo, the 2nd International Art Biennial is to record the record levels of occupancy of the public.
Thousands of visitors, curious and passionate, for an event with more than 800 international artistic presence.

After the success of his debut in 2013, the International Art Biennale of Palermo, designed by Sandro Serradifalco and organized by EA PUBLISHER, gives the city of Palermo two weeks of art at the highest level. The exhibition has been enriched by two prestigious location, which will be added to the Loggia San Bartolomeo and the Politeama Theatre, already protagonists of the first edition: the Museum Complex Royal Hotel of the Poor, home with the special Biennale ARTEXPO Palermo, and the ‘exclusive Palazzo Sant’Elia, undisputed artistic landmark that has hosted international artists from abroad, some Italian masters and the prestigious and exclusive exhibition “Mario Sironi illustration, painting, great decoration”, curated by Estemio Serri and Andrea Sironi Straußwald, promoted by Sandro Serradifalco and Editions Fifty Bologna. The exhibition and catalog offer the public an exciting reading of the work of this extraordinary Italian artist who was, along with Picasso, the great protagonist of the history of European art of the ‘900. The exhibition includes over 80 works by the artist, made between 1915 and 1961. Since the opening day of the Biennale venues Palermo saw a significant flow of visitors. Based on the number of art prints omaggiate, organizers estimated, for the first week exhibition, attended by over 9000 visitors.

A success attributable to the formula wanted by EA PUBLISHER, which provides free admission for each venue, including shows by Sironi. To open and close the 2015 edition of the two art critics audience’s favorite Italian, Paolo Levi and Vittorio Sgarbi. “That Palermo – says the critic Vittorio Sgarbi – is the only Biennale that I gave my attention, after that of Venice. My task in this Biennale is to continue to observe, to learn, to determine whether some artists may have some certainty for the future. I considered to be the observer of refugees art, welcomed in the Biennale of Palermo, in the belief that everyone has the right to creativity. Now, this can also be experienced with other tools, but what I have chosen, and where there is a method and a commitment that I think is very respectable, even in times when there are no more public funding and thus assists the departments or else they are no longer the activities that they once did, is the Biennale di Palermo that I followed him here. La Biennale di Palermo – continues Sgarbi – is inspired by the Venetian in 2011 and continuing my commitment at the time, that is, to observe a very large sample of artists, provided that meeting fully in this initiative Serradifalco. Because the Biennale di Palermo – adds the professor – is the Biennale of freedom, not the critics but the artists. In the case of Palermo, I’m a man who sees, whose name can be beneficial or useful for an artist, but the artist has meanwhile seen by many and there; and its existence is the primary data, of what must be defended in the name of the right to creativity. “For the grand finale to the Politeama Theatre, Sunday, January 25, an unmissable event for music fans: with a concert of the famous jazz pianist Danilo Rea, singer Dolcenera and a performance by the guitarist Fausto Mesolella. Piero Chiambretti and Red Ronnie presented the awards ceremony. Sandro Serradifalco, satisfied with the results obtained in this second edition of the Biennale, says: “The art and culture as happening to everyone, even to break the monotony of the offer” fun routine. “Our experience has to be a reality to expand, to counter the flattening intellectual of our time. Especially at this moment in history, art needs space to maximum participation because even the general public can take part. For my part and EA Publisher, this is the way that we’re working hard to follow for future events, in order to allow an increasing number of people to get in touch with the size of the art, in the most simple and directed, as a moment of social aggregation with artistic communities.