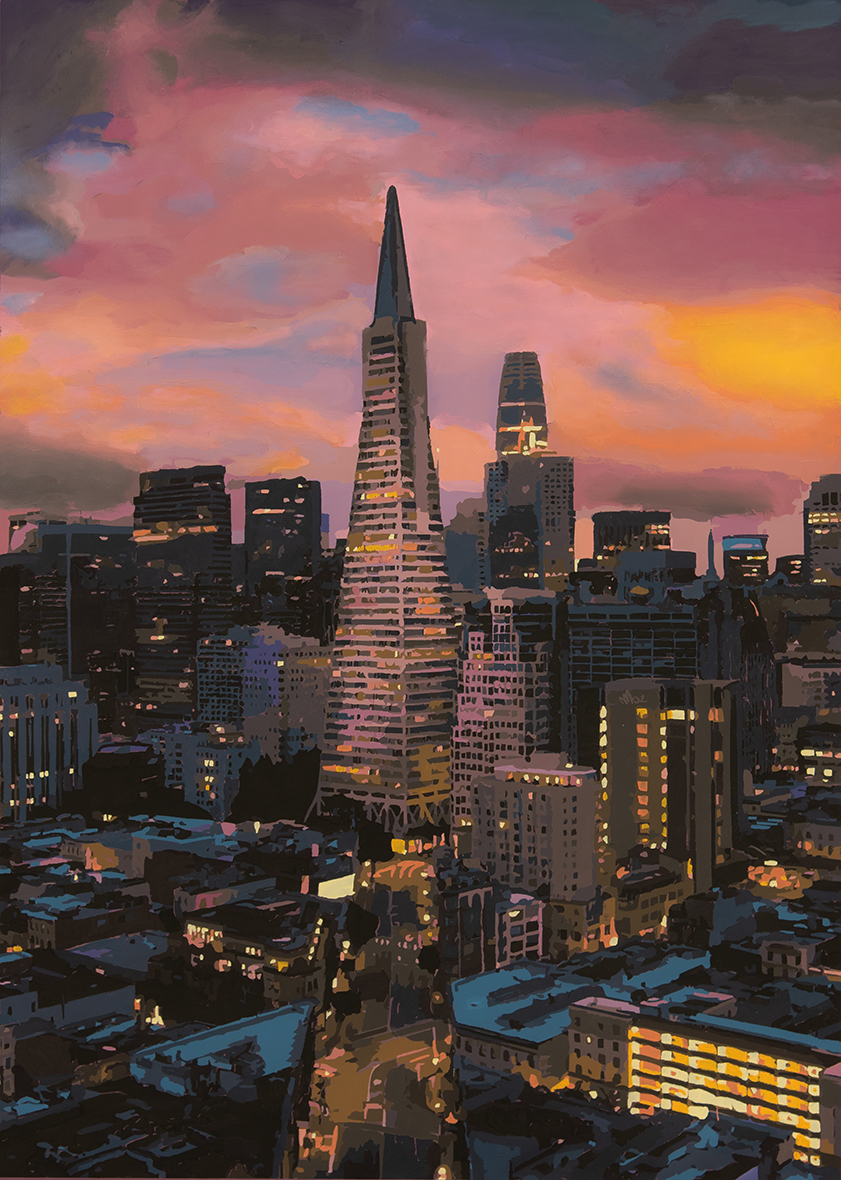 The Transamerica Pyramid at 600 Montgomery Street between Clay and Washington Streets in the Financial District of San Francisco, California, United States, is a 48-story futurist building and the second-tallest skyscraper in the San Francisco skyline. It was the tallest building in San Francisco from its inception in 1972 until 2018 when the newly constructed Salesforce Tower surpassed its height. The building no longer houses the headquarters of the Transamerica Corporation, which moved its U.S. headquarters to Baltimore, Maryland. However, the building is still associated with the company by being depicted on the company’s logo. Designed by architect William Pereira and built by Hathaway Dinwiddie Construction Company, the building stands at 853 feet (260 m). On completion in 1972 it was the eighth-tallest building in the world. In February 2020 the building was sold to NYC investor Michael Shvo, although the sale has not yet closed.