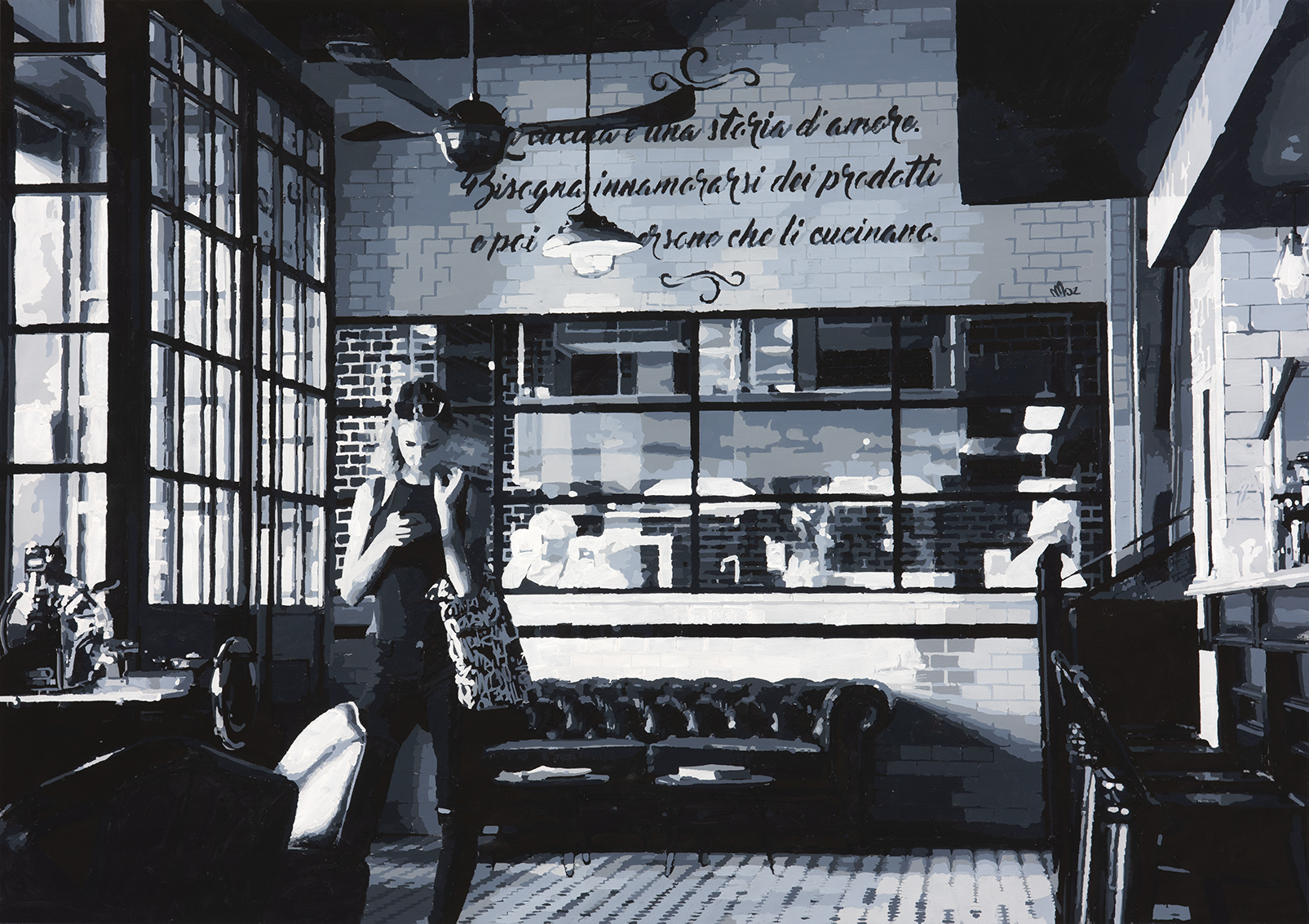 Lentini’s is a place of suspension, of pause. In this interior of a restaurant, everything suggests a sense of expectation and waiting. The skillful use of the black and white technique places it in an isolated temporal dimension, in contrast with the coloured life of the exterior. The geometries – which frame the windows, the floor, the tiles – give dynamism to a scene that otherwise would be silent. In the center, a female figure scrolls on the phone, waiting for someone or something. As in an Edward Hopper’s painting, but dropped into the 21st Century, Lentini’s is a restaurant in Milan, but it could be anywhere.