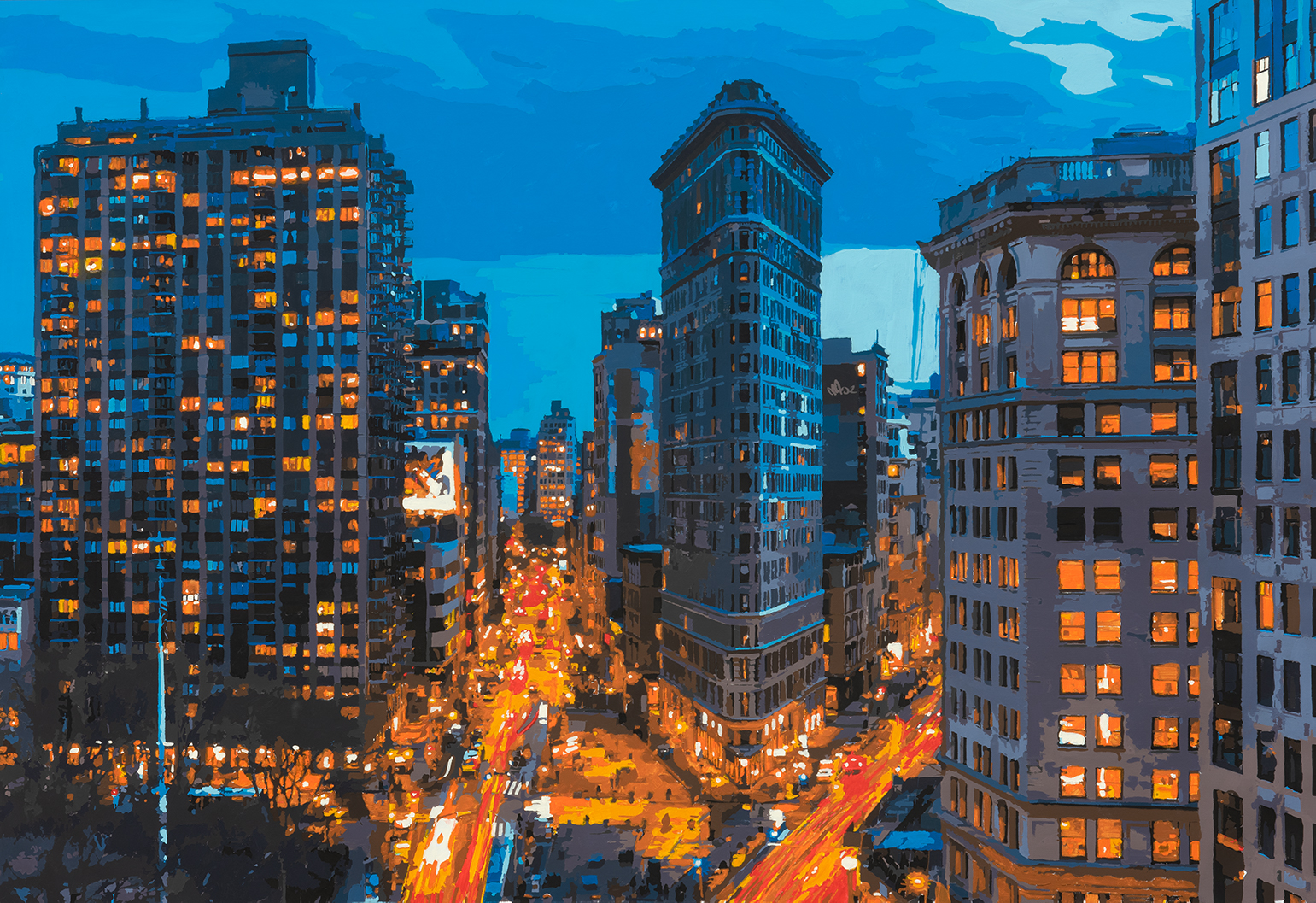 The Flatiron Building, originally the Fuller Building, is a triangular 22-story, 285-foot (86.9 m) tall steel-framed landmarked building located at 175 Fifth Avenue in the Flatiron District neighborhood of the borough of Manhattan, New York City. Designed by Daniel Burnham and Frederick Dinkelberg, it was one of the tallest buildings in the city upon its 1902 completion, at 20 floors high, and one of only two “skyscrapers” north of 14th Street – the other being the Metropolitan Life Insurance Company Tower, one block east. The building sits on a triangular block formed by Fifth Avenue, Broadway, and East 22nd Street – where the building’s 87-foot (27 m) back end is located – with East 23rd Street grazing the triangle’s northern (uptown) peak. As with numerous other wedge-shaped buildings, the name “Flatiron” derives from its resemblance to a cast-iron clothes iron. [wikipedia]