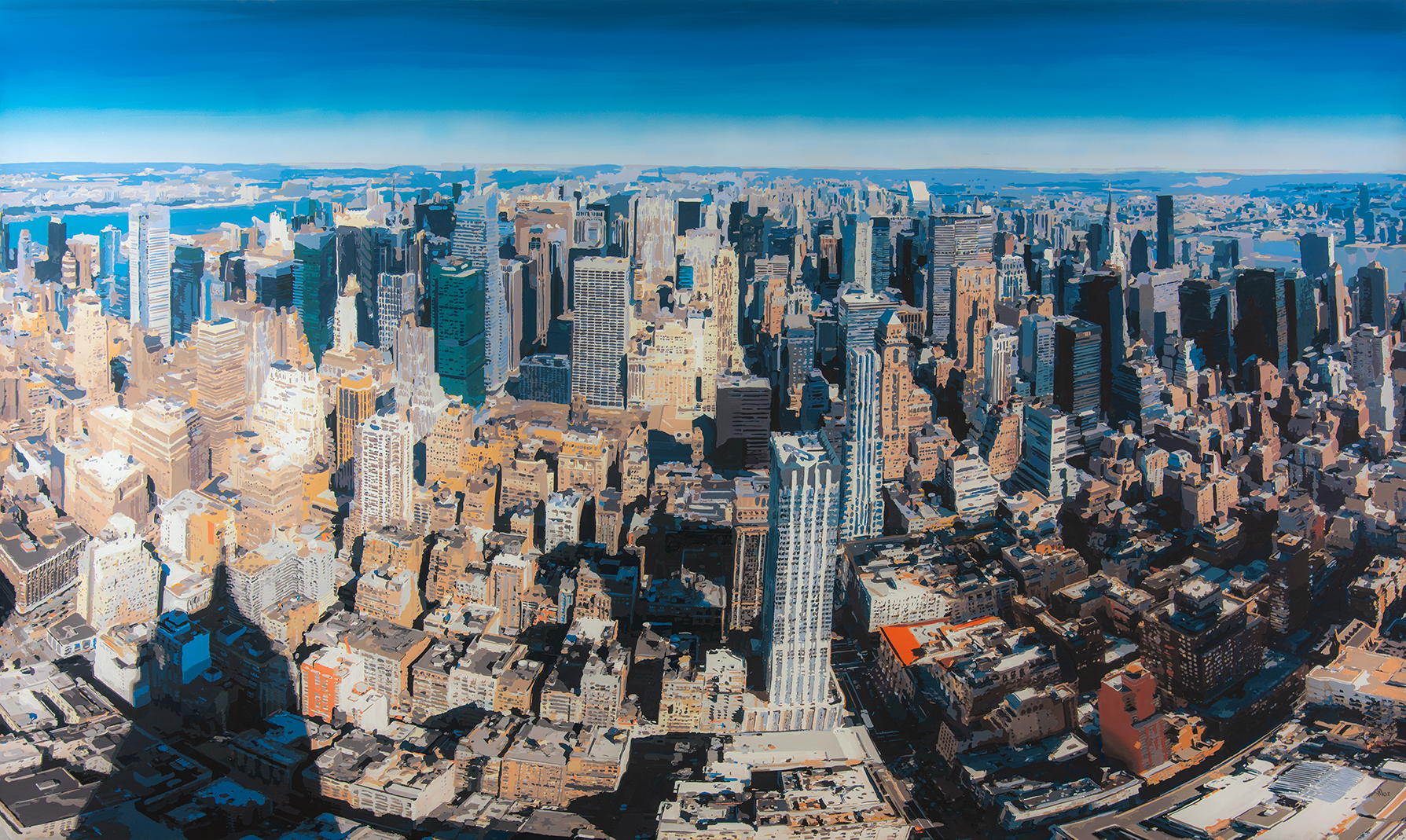 A view of Manhattan from the top of Empire State Building. On the left you can see the shadow of the Empire. This painting was made with a lot of pictures merged together.
The Empire State Building is a 102-story Art Deco skyscraper in Midtown Manhattan, New York City. It was designed by Shreve, Lamb & Harmon and completed in 1931. The building has a roof height of 1,250 feet (380 m) and stands a total of 1,454 feet (443.2 m) tall, including its antenna. Its name is derived from “Empire State”, the nickname of New York. The Empire State Building stood as the world’s tallest building for nearly 40 years until the construction of the World Trade Center’s North Tower in Lower Manhattan in late 1970.