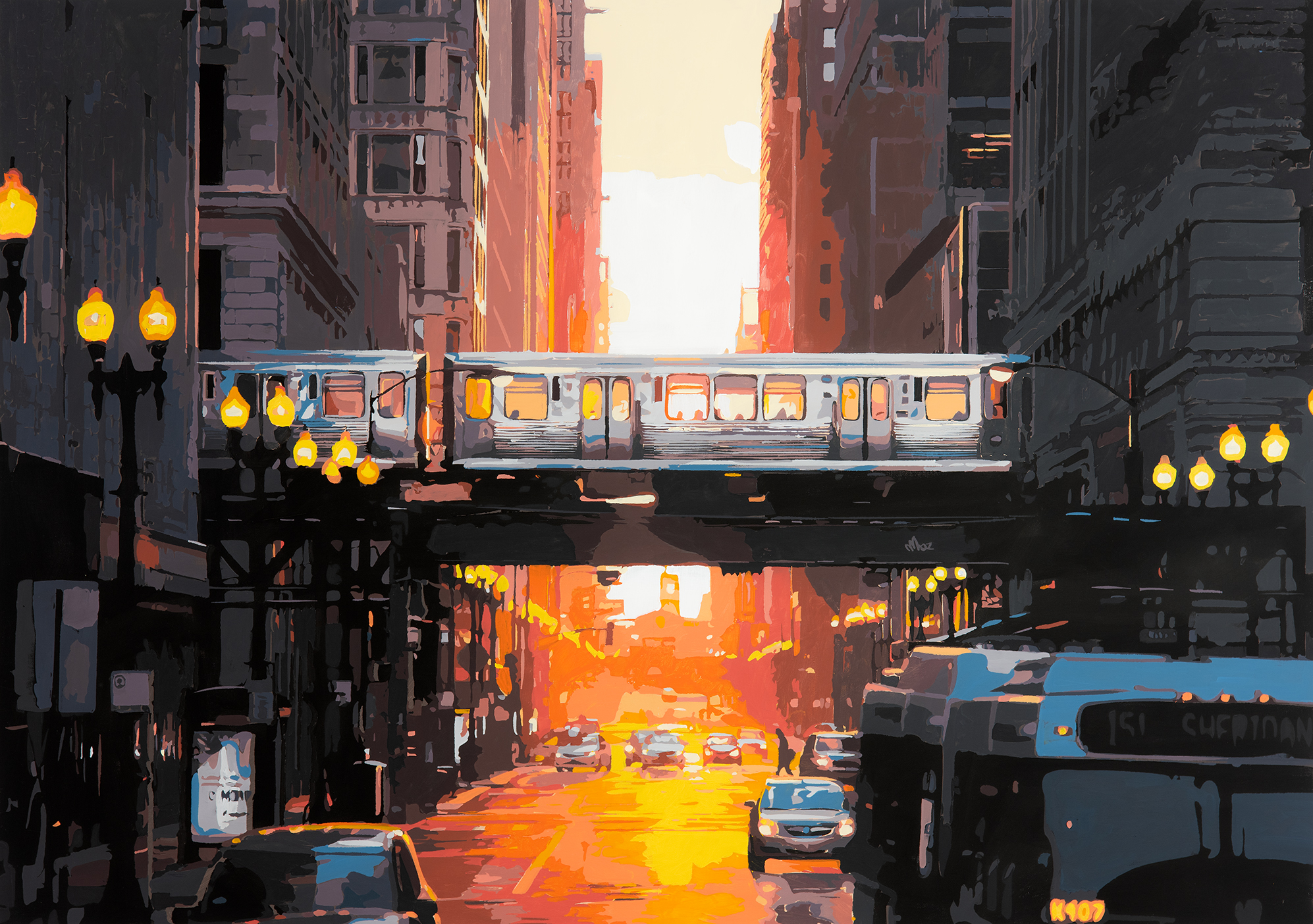 The Chicago “L” (short for “elevated”) is the rapid transit system serving the city of Chicago and some of its surrounding suburbs in the U.S. state of Illinois. Operated by the Chicago Transit Authority (CTA), it is the fourth-largest rapid transit system in the United States in terms of total route length, at 102.8 miles (165.4 km) long as of 2014, and the second-busiest rail mass transit system in the United States, after the New York City Subway.In 2016, the “L” had 1,492 rail cars, eight different routes, and 145 train stations; average weekday ridership was 759,866. [wikipedia]